Running over the competition 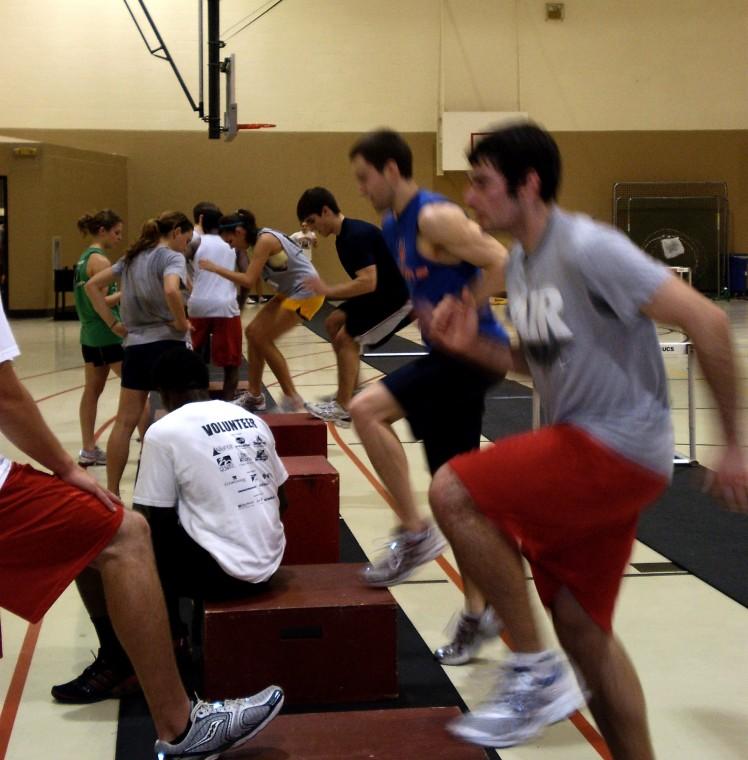 The Simpson track team expects to make large strides as they continue their indoor season. “Where we are is where we should be,” coach Dave Cleveland said. “Our expectations are high but we are realistic in our expectations this early in the season.” In the Storm’s first meet at Wartburg College in Waverly, the women’s team took first place in the 4×200-meter relay, 4×400, 60-meter hurdles and triple jump. The men’s team took first place in the 4×200, long jump, triple jump, shot put and pole vault. “We have a strong championship team, meaning we have individuals who will do well at the conference and national level,” Cleveland said. Cleveland said not only are his returners strong, top-level athletes, but the new members are stepping up and making an impact as well.   “The underclassmen, particularly the freshmen, are working really hard,” senior hurdler Martin Rounds said. “They came in with a positive attitude and good work ethic.” The Storm women finished 24th at the national level in 2009 and third in the conference, while the Storm men finished third in the conference. Senior sprinter Lauren Anderson said the team’s odds for more success should be credited to the weight training program at Simpson. “The team is going to be very strong this year,” Anderson said. “The improvements we have made in strength and conditioning have been impressive, thanks to Coach (Nate) Seberg and the interns.” Cleveland said the returners have acquired some good leadership over the years, athletes who know what it is all about. “Success breeds success,” Cleveland said. “We continue to raise the bar and the athletes continue to expect more each year.” The Storm returns one indoor All-American from last year, senior hurdler Lauren Bucklin. “I would like for us as a team to place top three in the conference for both men and women,” Rounds said.  The Storm team finished the 2009 season breaking 11 school records.  Several individuals completed the season with All-Conference honors and four women qualified for indoor nationals. Rounds and Anderson said their goals for the team are to get more individuals competing at the national level.  “In order to add more individuals to the national qualifier list we need to continue to work hard in practice and in the weight room,” Anderson said. “We need to improve at each meet little by little so that we are running our fastest, jumping our best and throwing our furthest at the conference meet.” Cleveland said he would really like to get a relay qualified for nationals this year. “We’ve got a long way to go, but we will know better where we are at now that we have our initial butterflies out from our first meet,” Cleveland said. Cleveland said the coaches push to be a more unified team every year. “Track is a team that is very individualized,” Cleveland said. “It’s hard to build that team bonding, that team unity.” Cleveland said it is hard to accommodate the entire track team in one area, especially when many other sport teams have to share the gym due to winter weather. “The surface in Cowles is not ideal for running, it is not forgiving on the joints,” Anderson said. “A few of our runners are already suffering from shin splints.”

The track team plans on getting away from the winter weather for a while by taking a trip over spring break.