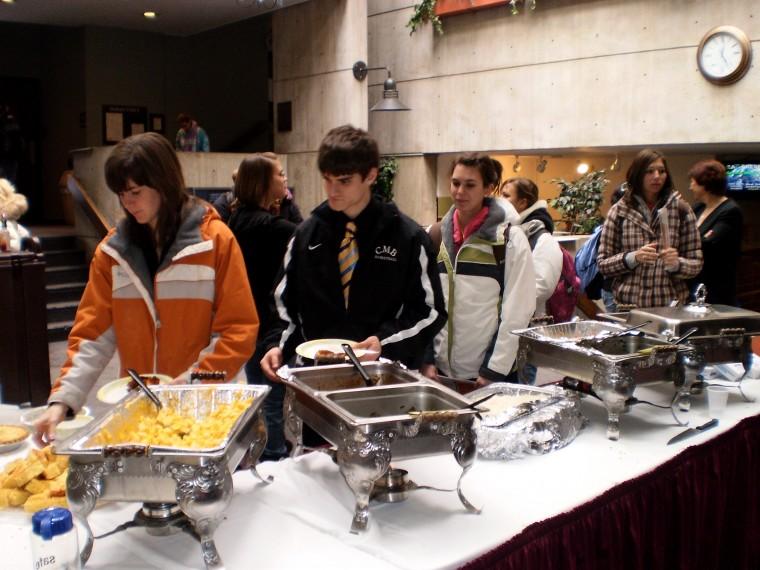 This month Simpson College is hosting several events to celebrate Black History Month and the importance of equality.

“I think these (events) are important to raise awareness and hopefully people will want to dig deeper,” Walter Lain, assistant dean for multicultural and international affairs, said. “Our sense of diversity is complex and complicated by depth of black achievement. It shouldn’t be limited just to an historical context. Black history is American history and it should be incorporated in everyday history.”

The original time period of Negro History week was decided to be the second week of February due to the two influential leaders’ birthdays, Fredrick Douglas and Abraham Lincoln.

Although these two were important in the history of African Americans, there are several dates in February that are important to Black history. On Feb. 23, 1868, W.E.B. DuBois, co-founder of NAACP was born. The 15th Amendment was passed Feb. 3, 1870 which granted blacks the right to vote. On Feb. 25, 1870, Hiram R. Revels was the first black U.S. senator took his oath of office. The NAACP was founded by a group of black and white citizens in New York City on Feb. 12, 1909. Feb. 1, 1960, a group of black college students from Greensboro, N.C. conducted a sit-in in the segregated Woolworth’s lunch counter. On Feb. 21, 1965, Malcolm X, a militant leader who promoted Black Nationalism, was shot to death.

To celebrate, this past Thursday MSA kicked off Black History month with a Soul Food sampling. The menu included honey barbecue chicken wings, spicy boneless wings, rice, greens with and without bacon, red beans, cornbread and assorted deserts such as peach cobbler and apple pie. The event ended with an open house at the Carver Cultural Center.

On Feb. 16, the Des Moines Metro Opera will be performing “A Dream Fulfilled,” an opera written by Professor of Music Michael Patterson about the life of George Washington Carver.On Feb. 17 in Jordan Lecture Hall, the movie “The Tuskegee Airmen” will be showing at 7 p.m. to promote the Tuskegee Airmen who will be honored on Feb. 23 with the Carver Medal Award in Smith Chapel.

To finish off Black History month MSA will be hosting a hip-hop dance for Simpson students to come and enjoy snacks, music and dance.

“Black history month is important because many (young black Americans) are forgetting our roots,” senior Mike Wilson, president of the Multicultural Students Alliance, said. “Celebrating our heritage is a way of instilling a sense of importance and pride in the freedoms that our ancestors died to give us.”