Alley attributes her success to Simpson 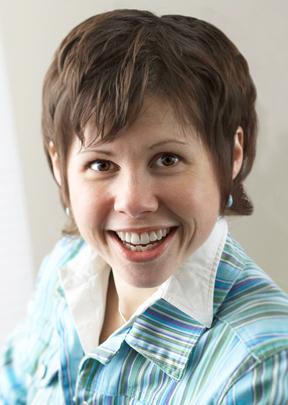 Simpson College alumna Donni Alley received the Des Moines Business Record’s “Forty under 40” honor this past month and owes a lot of her success to her Simpson education.

“I have found myself really reaping the benefits of a liberal arts education,” Alley said. “What I found in the corporate world is that the liberal arts background really prepared me with problem-solving skills and strong communications skills that really helped me to climb the corporate ladder quickly.”

Alley noted that work study opportunities at Simpson also put her ahead in job market by giving her valuable skills and real life experience.

“I had work study work throughout my Simpson career, and I started out in the Student Development office with Jim Thorius,” Alley said. “What I got to do there was help students with their resumes…and I think that really helped me with my communication skills and resume-building skills. My sophomore, junior and senior years, I was getting very real life experience with the Simpson College Public Relations and Marketing office. It gave me actual projects for my design portfolio.”

Alley also noted the real life experience she gained in the classroom.”I had so many opportunities throughout Simpson classes to do projects that were real life projects,” Alley said. “They weren’t just make-believe, they were real.”

One such project was in Professor of Management Mark Green’s advertising class. Students in his class participated in a competition sponsored by the Direct Marketing Education Association.

“It’s a nationwide competition, and I had my students do this project,” Green said. “Donni’s team was in the top 25 and got honorable mention…that is when I became aware of her skills as a designer.”

Green said that Alley had the three characteristics one needs to be successful.

Green believed this so strongly he even went so far as to help Alley secure a job with the Des Moines Metro Opera before she had graduated her senior year.

Alley is now the president and creative director of her own company, Alley Design Solutions, Inc. However, being the head of her own business does not keep Alley from doing all she can for Simpson.

Her activities on campus include serving as the president of the alumni board, serving as a member on the Board of Trustees and both she and her husband are members of the President’s Society. Alley also participates in mentoring events and volunteers to speak to classes.

While serving as president of the alumni board, Alley has overseen three special projects for Simpson.

“(The Alumni Board) does a special project each year, and during her two years, they have done three so they did one extra,” Leslie Held, director of alumni relations, said. “They gave red and gold flags to all the merchants around the square, and those are flown on days that are important to the college, like move-in day and commencement. They also purchased a new podium. This year they raised funds for a starting budget for the new student alumni board.”

“Even though she has her own business and has a toddler at home…she always, always makes time for Simpson,” Held said.