Knake: Have you asked yourself, WBF? 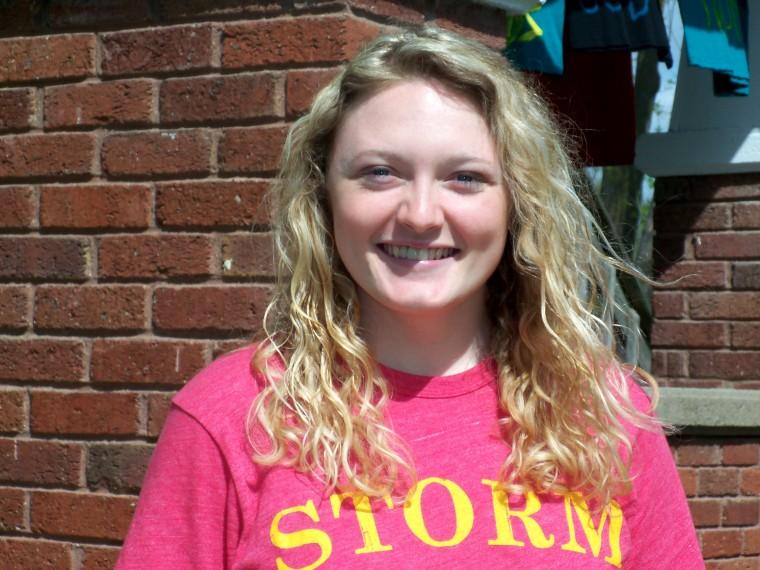 “WBF?” stands for “Want Better Food?” and is the campaign slogan for a senior colloquium final project.

It all started those many months ago at the beginning of the semester in a senior colloquium called “Resource Limits” with CoryAnne Harrigan, associate professor of English. The first half of the semester covered discussion of food, and we even spent part of our first class at Hy-Vee learning that we had no idea what was in the food we bought or where it actually came from.

We also read books like Michael Pollan’s Omnivore’s Dilemma, before the class shifted to trash talk—literally. Many of us discovered that we are not conscious eaters and are also insanely wasteful human beings. Out of our consumption-happy, throw-away lifestyles, came the opportunity to promote change. As a class we all knew there was a final project approaching, and suddenly it was April.

Our class split into two groups, and “WBF?” was created. The other members of “WBF?” who have been working around the clock to inform campus of our campaign are Jared Kemper, Elissa Savov, Nick Savov, and Peter Jorgensen. We currently have a Facebook group and website, (www.wantbetterfood.com). “WBF?” is encouraging the entire Simpson campus to think about the food they eat.

We are specifically encouraging Simpson to consider the idea of buying local. Through our research and chats with EAC, we’ve learned that buying local is better for a number of reasons.

We as a campus would not only be supporting the local farmers and food producers, but local food is often more fresh because it didn’t come from as far away. It is also good for the environment because local foods typically involve less packaging and the transportation energy is less.

Furthermore, local foods often require fewer preservatives as they don’t have to travel as far to get to your belly. We also learned that the Iowa Food Cooperative (IFC), which is basically a web based networking for buying and selling local foods, is based in Des Moines! The EAC already has a membership with the IFC. We suggest Simpson College start the local process by becoming a member of the IFC. Although it may not be big enough to support an entire campus, we hope the IFC could help Simpson College utilize the local foods available.

Students, faculty & staff can support “WBF?” (and buying local), by joining the “WBF?” Facebook group, going to www.wantbetterfood.com and signing the petition for 10 percent local foods used at Simpson, and having conversations with fellow members of the Simpson community to find out how we can make this idea a reality. As our senior colloquium comes to an end, “WBF?” will remain in its online forms for the Simpson community to use in order to continue the campaign to get better and local food.