Reid: Next year, SGA won’t be the only letters at meetings 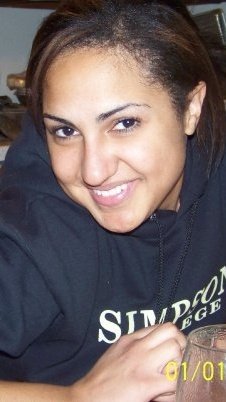 A big congrats and a good luck to all the new Student Government Association members elected for next year. The student body is counting on your fair decisions.

Unfortunately, I was unable to run because of an evening class that will take place during the time of the meetings.

But this is not about me, but about an organization that I think makes a huge difference to campus.

When I first joined this organization as a freshman who didn’t know much (or really anything), it was definitely different than when I left it.

I first entered the meeting with excitement and nerves. Excited that I was elected into a group of other elected officials, but nervous that I had no idea what had gone on before me.

I quickly learned that this is not a whimsical organization, but one that spent time and put reason into their decisions.

What helped me the most is the fact that the upperclassmen knew our freshmen dilemma and brought us up to speed before we had to vote. We were a community of decision makers who represented everyone, not just a few people.

At the end of my junior year, I felt that things had changed. Gone are the days where students came in with an open mind and a campus objective.

This assertion may be a little much, but the spike in Greek life in a campus-wide, election-based organization is not.

At the end of my junior year, there sat 14 Greek affiliates out of 22 members.

SGA has the responsibility of voting in campus-wide Judicial Board members. Verdict: seven out of the nine members were Greek, something many of our members didn’t know, at least those non-Greek members.

Also at the beginning of this year, we had to make an emergency meeting change because a Greek event ran during our regular meeting and the amount of members missing would result in lack of a quorum. Normally, if there is an event members must go to, they take an absence and appeal it later.

So what about the seven of us who would have gotten an absence if the situation was reversed?

Well the debate ended on the fact that this is an once-in-a-lifetime deal. Is it?

Currently, 13 out of 17 members will be wearing letters to SGA meetings next fall.

But when the amount of Greek life in a campus organization becomes disproportionate to the actual percentage of students in such an organization compared to total number of students on campus, this may cause a problem.

At the end of this term, decisions were still being made, perhaps not with the same vigor as my freshman year, and ideas were being thrown out by a select few but voted on by all.

Above all, a candidate ran uncontested for a top-seated position.It is up to us, the students, to voice our concerns about campus. It is also up to us to know whom we are putting in office.

Whether or not students are involved in multiple organizations or just a few, we make the decision on who we feel is best fit to take charge of our money.

We shouldn’t be afraid of speaking up for what we believe in, whether inside or outside the organization.

Good luck next year, SGA, the campus is counting on you!