Halgren steps down after 4 decades at Simpson 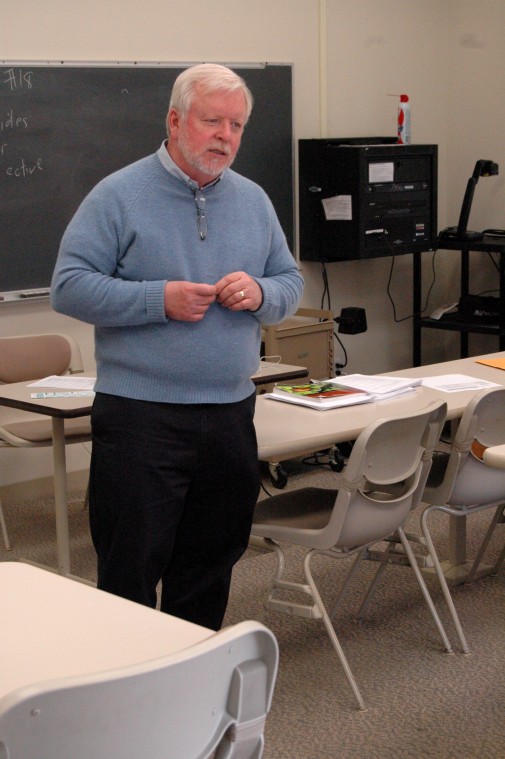 Simpson College’s Professor of Psychology Carl Halgren will retire this May after 39 years of service to the school.

Halgren initially wanted to be a chemist but had a change of heart when he discovered psychology.

“Chemistry just didn’t ignite my enthusiasm, but I still wanted something that was scientific and psychology fit the bill,” Halgren said.

After receiving his Ph.D., he considered many positions before he finally settled on teaching at Simpson. He comes from a long line of teachers, including aunts and great aunts on his maternal side. Halgren’s brother was also a college teacher, but later became a research chemist, and his sister served as a grade school teacher.

Halgren has dedicated his career to teaching students at Simpson about psychology. For several years he served as chairperson of the Budget & Coordinating and the Admissions committees of the faculty and for almost 30 years as chairperson of psychology. The last three years he has served both Simpson and Great Ape Trust to develop their recently signed partnership that centers on student involvement in ape language research.

Sophomore Abby Loudon took Communicating With Apes for May Term in 2009 with Halgren.  She said she really enjoyed the class and would recommend it to anyone.

“He made class fun and was very passionate with what he was talking about,” Loudon said. “He is a nice guy, very helpful, and always had a smile on his face.”

Sophomore Sara Rushing took Communicating With Apes for her freshman year May Term, as well as Experimental Methodology.  She said Halgren was very good at getting students interested in his topic and always made sure everyone understood what was going on.

“The best thing about Dr. Halgren was that he was willing to take time out of class for one-on-one meetings in order to make sure we were really aware of what was going on,” Rushing said.

He also had both of his daughters in class during their time at Simpson. He had his older daughter in statistics and his younger in Introduction to Psychology.

“The first day of class, everyone was on time but my younger daughter,” Halgren said.

His favorite parts of teaching are being able to have one-on-one connections with students outside of the classroom and knowing the outcome of teaching them: seeing how well they do after college.

Halgren has seen students from decades ago that remember him as their professor at Simpson and currently has students who write to him after graduation just to check in.

For his retirement, Halgren and his wife plan to garden and live at the “Birdland” acreage and home that they built years ago, and plan to visit their daughters and grandchildren who live overseas.

“You make some lifelong friends, people you want to get to know, people I’ll be able to spend more time with now that I’m retiring,” he said.