Fill out your form, it’s the law! 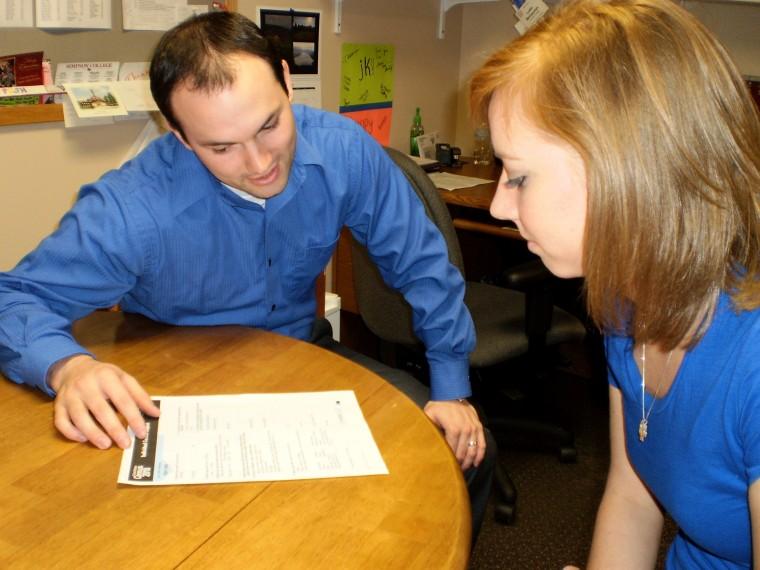 Yesterday, while students were taking a break from cleaning up the Indianola community as part of Campus Day, several census employees were on campus to assist them in filling out their census form.

The census, which takes place once every 10 years, is meant to provide an accurate count of the country’s population.

According to Luke Behaunek, director of Residence Life, more often than not a student’s parents will fill out the information for them, but colleges and universities are still required to provide students with an opportunity to fill out their forms.

“We’re mandated by the government to administer the census, and doing so on campus will be much easier than handling it in some other way,” Behaunek said. “This is the group quarter part of the census, and to my knowledge every college has to do it.”

When compared to the family form of the census, the group quarter portion is much shorter and more concise.

“It really just involves putting down their name, birth date, ethnicity and if they live here most of the time, which should be yes if they live on campus,” Behaunek said. “It should take the average student less than a minute to fill out.”

Behaunek said the census was required for all residential students to fill out. These include the sorority members in Delta Delta Delta and Pi Beta Phi, whose buildings are not owned by the college.

Although all students are highly encouraged to fill out the census, Behaunek said they will not be punished if they choose not to.

“The census is going to give us the opportunity to follow up with them the week after it is administered on campus,” Behaunek said. “However, that’s a very labor-intensive process. We definitely appreciate students filling it out on Campus Day when they have that opportunity.”

Behaunek also added that the Census Bureau might be paying visits to those students who have not filled it out.

“If students are fairly unresponsive to us asking them to fill it out, then the Census Bureau will be going to their door and trying to track them down,” Behaunek said. “We’re going to be trying to avoid that at all costs.”

“I think the census in general is a really important thing,” Bochart said. “If they don’t take the census to college students, their numbers would be off.”

Freshman Jacob Kirby said that although college students in general are not completely independent, it’s still a good idea to count them separately.

“I understand they need full coverage,” Kirby said. “I feel the census takers are just covering their bases.”

According to Behaunek, college students should fill out their own census forms and not be included on that of their parents.

“Technically, the parents are not supposed to put their college-going student on their census if they do not live at home,” Behaunek said. “That’s clearly stated on their family form so hopefully there’s not too much confusion on that. If their family has already filled out the census and they’ve put their student that’s living on campus on that form, that’s something we’re going to have to talk to the census takers about on the day of the event.”

Behaunek said there are many advantages to filling out the census and he hopes that students take part in the process.

He said school officials hoped “to have a majority of students fill it out on Campus Day and help Indianola and the county with a proper count so that it helps the city, district, county, and state with accurate accounting purposes for financial appropriations from the state and federal government,” Behaunek said. “Ultimately, that’s the direct benefit for the student body. I think that’s important to keep in mind.”