CAB hits the road in search of new acts 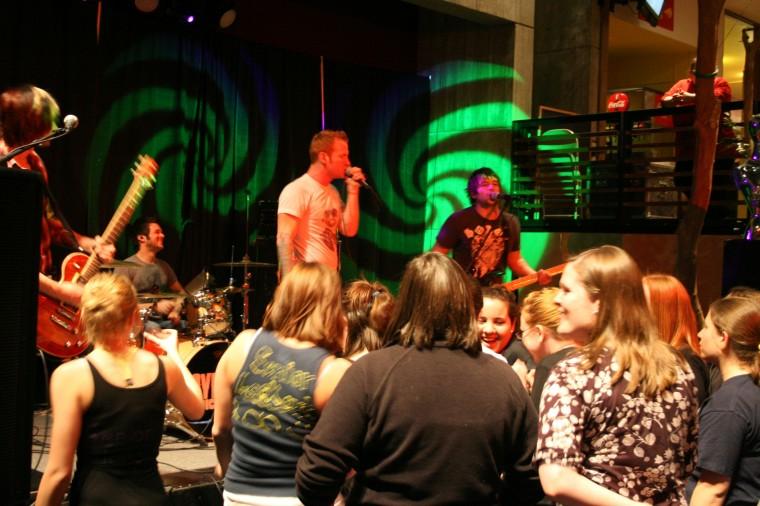 Both CAB and RLC will be attending the annual National Association for Campus Activities, where they will see different artists, comedians and bands and get new ideas of what entertainment to book for Simpson College students.

Sophomore Tyson Wirtz, CAB co-president, will be attending the convention, which will be held in St. Paul, Minn., and he explained what the NACA actually is.

“It is a conference in which students from colleges all across the nation can come together, watch performances, go to educational sessions, listen to lectures and learn from other students,” Wirtz said.

Among the CAB members, 11 Simpson students will be going to St. Paul for the convention. They will be joined by two RLC representatives, who both want to increase their participation in campus activities.

“We are going for two reasons: First, to develop a better relationship with CAB members and to get a feel for their organization and, second, to get a peek into campus activity programming,” junior Kayla Hamilton, RLC president, said.

According to Hamilton, RLC hopes to gain new ideas for future events in order to better engage Simpson students.

“Next year RLC is launching a new program area focusing more on campus engagement and interaction,” Hamilton said. “Hopefully our time at the conference will make us a little more informed and more open to new programming ideas.”

This past year CAB booked several acts that have been well-attended across campus. These acts included Sara Haze, who performed her music on the MTV show “The Hills,” Love Sick Radio from Columbus, Ohio and Mentalist Chris Carter.

“Comedians are always a big hit, larger concerts are good, and any event that has free stuff always has a good showing,” Wirtz said.Junior Greg Wilkerson agrees, saying that a larger concert would be a good idea for CAB to look into.

“I recently saw a Shwayze concert in Iowa City and it was pretty good,” Wilkerson said. “They had it set up in the back of fraternity and it got pretty packed, so it made for a good concert atmosphere. I think Simpson’s CAB could do something like that. “

Since Simpson is tightening its belt, CAB will not have as large of a budget to work with as they did last year. This may cause Simpson to look for smaller, more undiscovered acts as opposed to more expensive, well-known artists. According to sophomore Christy Olberding, this could be a positive thing.

“I think if Simpson finds more obscure artists that haven’t gone mainstream yet, it might make the concerts even better,” Olberding said.

According to CAB representatives the smaller budget has not changed their enthusiasm for getting big-name bands on campus for Simpson students.

“We plan on continuing to bring a number of comedians and do some of the same events as this year,” Wirtz said. “The main difference is that we plan on bringing a couple bigger bands to campus, rather than several smaller groups.”