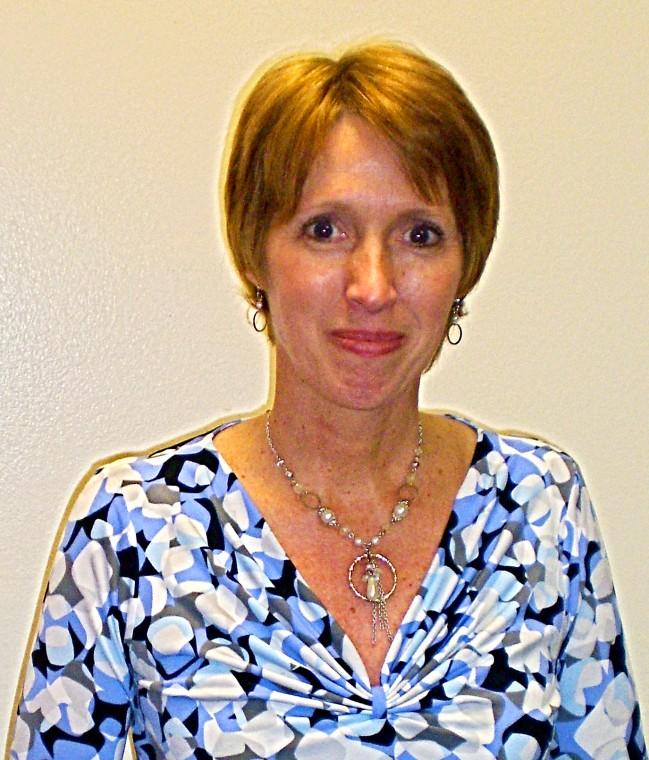 Judy Hutton has been a part of the Simpson community since childhood and has always considered the school home.

Hutton, administrative assistant to the athletic director, has been at Simpson nearly ten years, and she enjoys the daily change of pace in her position.

“No day is the same in the office,” Hutton said. “I multi-task with a department of 36 people and I love the challenge!”

After growing up in Indianola, Hutton attended Northwest Missouri State University in Maryville, Miss. for her undergrad, where she met and married her husband. Through his position in the military, the two were able to travel all over the United States, including Washington, Alabama, Kansas and other states. After her husband completed a tour in Haiti, the two decided to return to Iowa.

“Indianola was home for me and where I wanted to raise our sons,” Hutton said.

According to John Sirianni, Simpson College’s athletic director, Hutton has dedicated herself to Simpson through her work in the advancement and admissions offices in addition to the athletic office. After leaving to work in Des Moines for a brief period, Hutton returned to the Simpson athletic office a few years ago. She said she missed the relationships and atmosphere at Simpson and decided to come back.

Hutton likes being a part of the Simpson community so much, she only lives about four blocks from campus and enjoys walking to work every day. She has made strong friendships at Simpson, loves being around the youthfulness of students, and is proud to work for Sirianni.

“John is dedicated to Simpson and a good person,” Hutton said. “I learn from him every day.”

According to Sirianni, the feeling is mutual. He says that Hutton has a contagious attitude, tremendous work ethic and that she creates a very pleasant environment to work in. She sets the tone for a productive and positive atmosphere.

“Judy is one of the most positive and energetic people I have ever worked with,” Sirianni said.

Hutton said her goal is to always help others in any way she can, including students, faculty and staff at Simpson. She gave some advice for younger students and athletes which makes for a very good sports motto.

“No excuses, just results,” Hutton said. “Believe in yourself and always give 110 percent.”

She seems to follow her own advice in her work in the athletic office, as evidenced by her dedication to Simpson and the praise of Sirianni.

“Judy does an absolutely excellent job handling all of her duties in the athletic department,” Sirianni said. “She is the one who makes things tick.”

When not working hard in the athletic office, Hutton enjoys spending time with her family and being out on the water in the warm weather. She is currently looking forward to a family vacation in Branson, Miss. this summer.