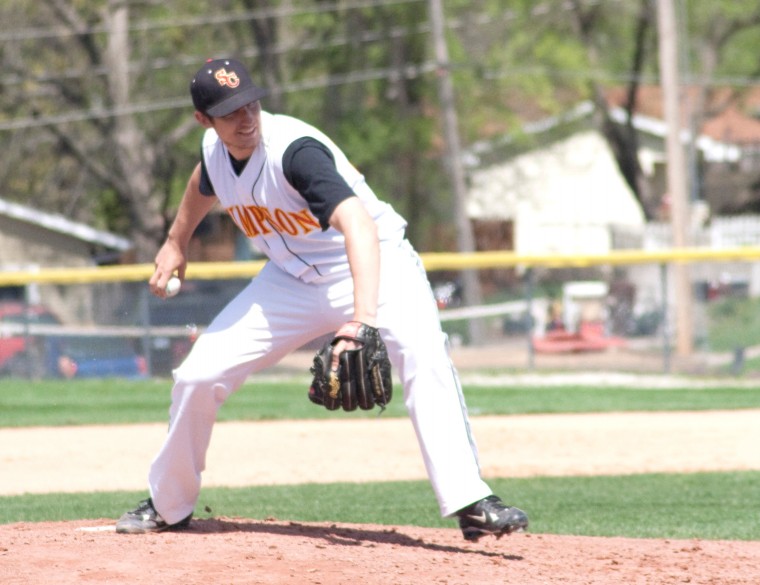 The Simpson College baseball team is well into their season and is making a run at the conference championship this season. The team is 16-10 overall and has posted a 10-5 mark in the Iowa Conference.

Coach Ben Blake is in his fourth season as the head coach. At this point, Blake has been very satisfied with how his team has performed.

“I feel we have played well up to this point in the season,” Blake said. “Other than two games, I felt like we had a chance to win every other ballgame. We have had our shares of ups and downs, but have played pretty solid defense, had some timely hitting and have gotten some solid pitching performances. If you do those three things, you should be in position to win most games. Honestly, I think we are yet to play our best baseball.”

One of the standouts this season has been senior third baseman Scott Ethell of Knoxville. Through 23 games, Ethell has posted a .448 batting average while smacking four home runs and 26 RBIs.

Ethell has been happy with the way his team has played together this season.

“I feel like the season has gone really well,” Ethell said. “We have had a few ups and downs but we have so much team unity that we keep our heads up and try to move forward together. The thing with our team this year is that everyone contributes and knows their role on the team.”

The team has some conference doubleheaders left and two nonconference games against Grinnell College before taking the field for the IIAC Tournament, which starts on May 13 in Cedar Rapids.

To advance to Regional’s, the team has to either win the conference tournament or have a good enough record to receive one of the at-large bids given out.

Junior shortstop Dave Johnson from West Des Moines has been another standout on the team. In 23 games, Johnson has batted with a .408 average, seven home runs and 25 RBIs. Johnson has remained confident with the team’s chances moving forward into conference tournament play.

“I think it takes a very good overall record to advance to Regionals but our team is very capable of making a good run,” Johnson said. “I’m pretty confident we are a team that can make a run.”

On the pitching side, junior Mike Huyser of Indianola and sophomore Kyle Ruehle of Cherokee have been standouts on the mound. In 30 innings pitched, Huyser has posted a 3-1 record with a 4.70 earned run average and 15 strikeouts. In 23 innings, Ruehle has a 4-1 record with a 2.28 ERA and 10 strikeouts.

With the end drawing near for the five seniors on the roster, hope is alive that they can keep playing as long as possible.

“The last go-around has been unbelievable for me and I’ll never forget the players I’ve played with throughout my career and the accomplishments I’ve had and the teams I’ve been on,” Ethell said. “It’s going to be hard to give up this game and be done playing, so I try not to think about it coming to an end because it’s going to be a sad day for me.”