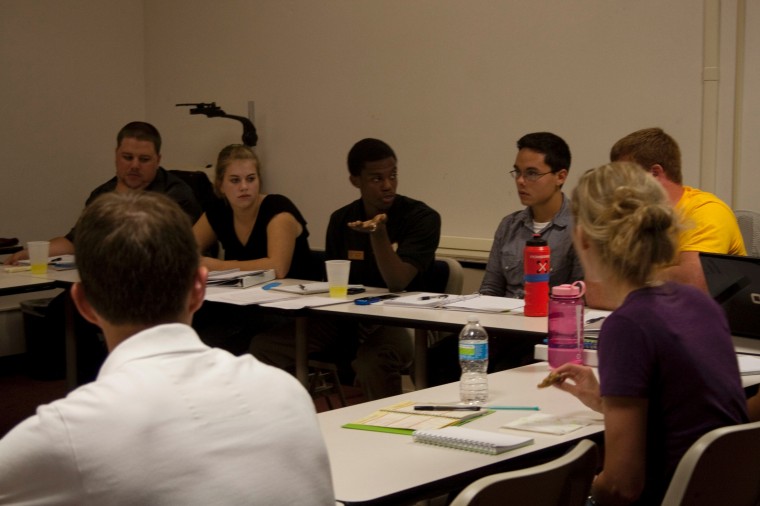 The Student Government Association approved this year’s budget requests on Aug. 26 before many students even moved back to campus.

This left many students wondering what process SGA goes through when deciding what groups it should allocate money to each year.

Rich Ramos, the assistant dean for student activities and SGA advisor, explained that the money SGA approved at the meeting was requested last spring by groups that were currently active on campus.

“The budget committee in the spring sat through two nights of meetings where every one of these groups that were requesting funds came in, gave a presentation (and) answered questions about how they spent their money. The budget committee, in the spring, made a recommendation (to this year’s SGA group) about what they thought was a reasonable amount,” Ramos said.

Ramos also added that the group still had quorum, or enough members present at the meeting to conduct valid business, and that was why SGA was able to vote on this year’s budget before most students arrived on campus.

Examples of activities that SGA cannot fund are activities involving alcohol and fundraising.

“It may appear that some groups don’t get the funding that they want because in reality some of those groups (have) really kind of a narrow focus and not everybody can be a part of that particular group, and they want to make sure that if they’re going to support a group it’s open to anybody who wants to participate,” Ramos said.

If groups have questions about why they did not receive funding or about the amount of money allocated to them, senior and student body president Macy Koch says to contact a member of SGA.

“If they are unhappy with the request, they can always contact the budget committee or myself, and we can inform them of the reasons they were not funded, and we can help them decide whether it would be beneficial to come back to request from SGA,” Koch said.

Based on minutes from the budget meeting on Aug. 26, SGA did approve $274,061 to groups across campus for this year.

After SGA met and decided who would receive funding SGA is left with an operating budget.

This year SGA’s operating budget is $50,939, and Koch says that SGA is open to ideas of what to do with the money that is remaining.

“We’d like to encourage the groups to come up with ideas that they have not been able to do in the past due to budget hassles,” Koch said. “It’d even be possible for organizations to work together to put on something large that could be $10,000. And of course, our senate is constantly thinking of other ways we can use the money to benefit the student body.

We’re not used to having such a large operating budget, so it’s exciting for all of us to have the ability to do some phenomenal things for campus.”