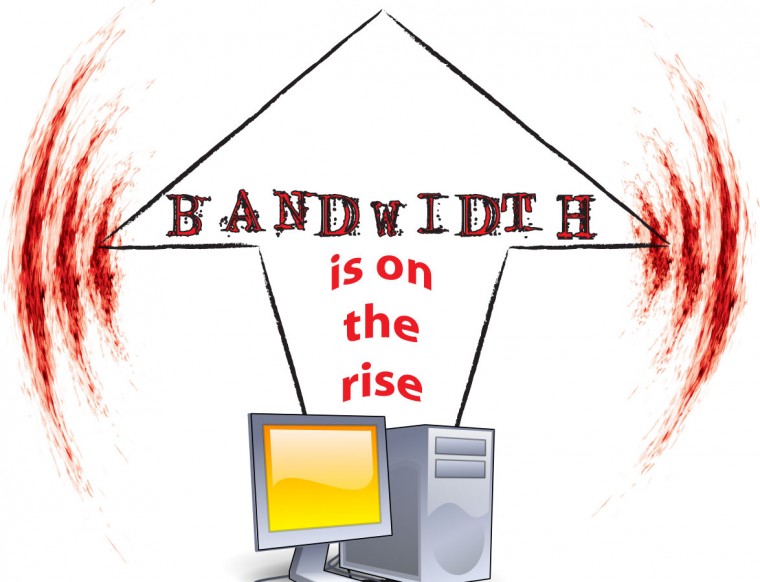 For the second time this year, Information Services at Simpson College has increased the institution’s bandwidth to allow for a faster Internet connection for the college community.

In many ways, it’s bigger, faster and stronger.

The need for increased bandwidth is ever-changing at Simpson and other colleges due to the increasing usage of social networking sites, numerous daily uploads and downloads, and streaming video such as YouTube and Skype. Because of these, Simpson was in need of an upgrade.

The opportunity to expand the bandwidth came when Musco Lighting Inc., of Oskaloosa, offered a deal.

“We have twice the bandwidth for less money than we were actually paying before,” Computer System Manager Paul Crittenden said.

However, before Musco Lighting Inc. could expand the bandwidth, they had to increase their own through Iowa’s Internet provider, netINS. After the contract was signed, the project took around three weeks to complete.

At Simpson, the actual bandwidth upgrade only took a few minutes. The upgrade was completed on Aug 29.

“This particular (upgrade) was just a few minutes,” Kurt Gocken, PC and network technician and network administrator, said. “It’s more work for the Internet service provider than it is for us. That doesn’t include the upgrades that we add on.”

Gocken said that usually there is not a set schedule for increasing Simpson’s bandwidth; however, it is usually done about once a year. The last time Simpson increased their bandwidth was on Jan. 27, 2010 when it increased from 30 Mbs. to 45 Mbs.

That bandwidth increase came about after the results of a survey conducted by the Strategic Technology Committee were released. After polling the Simpson community, it found that faster Internet was the biggest concern students had.

“Students have more flexibility in what they can do with the Internet,” Gocken said.

Gocken added that the increased bandwidth helps out faculty and staff primarily in the classrooms since some faculty employees the use of online video in their classes.

For now, Simpson is hoping the bandwidth will not have to be increased for quite some time.

“Hopefully we make it a year without having major slow-downs,” Crittenden said. “We want to try and keep everybody as happy as we can within the balance of finances.”

Simpson students have enjoyed the increased bandwidth and the faster Internet connection so far.

Even if students are using the Internet for things that are not class-related, they’re finding they can do it faster.

The bandwidth increase is just one recent project Information Services has been working on.

“We’ve had many projects, some of which are ongoing,” Gocken said. “We recently upgraded the email to Windows 7, and we upgraded to Windows 7 in the labs.”

Regarding the bandwidth increase, Crittenden said students will have a much larger amount of space to work with.

Will Simpson see another increase soon?

“Hopefully (this) keeps folks happy for a while,” Crittenden said.