A New Coach, a New Beginning 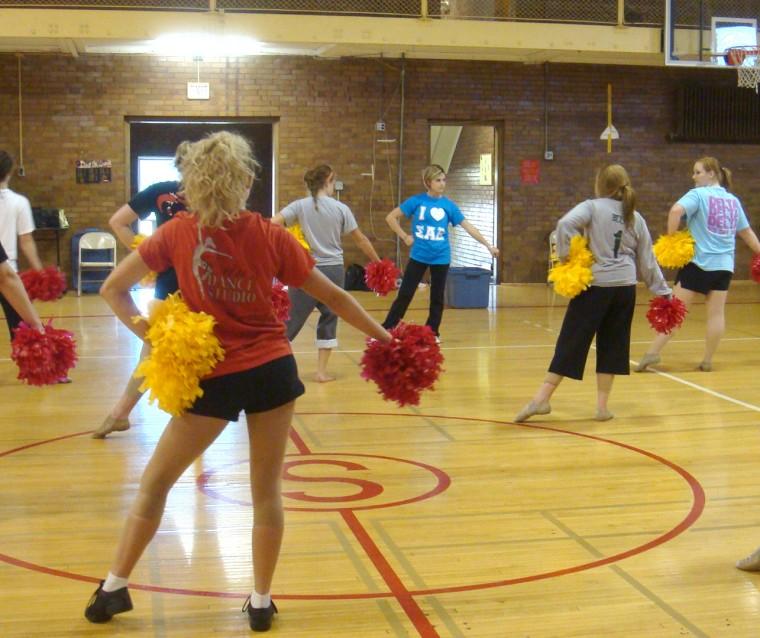 The Simpson College Cheer and Dance Teams are looking to capitalize on experience and hard work this fall.

The team has many new faces, including a new coach, Admissions Counselor Andrea McNamara Wells.

“The reason I’m coaching and excited to be here is because every time I go to practice I get the opportunity to make it more exciting for the girls,” Wells said.

Wells is a 2006 graduate of Simpson College and has worked as an admissions counselor at Simpson for three years. However, this is her first year being the head coach of the cheer and dance teams. As a student, Wells was active on the cheer squad for four years, and she also wrote for The Simpsonian.

“It was a lot of work,” Jones said. “But it was something we needed to do to be ready for the season.”

The hard work paid off.

“(When) our girls moved in early for camp they learned four of the six dance routines in two days,” Wells said.

According to Wells, the dance team already knows it’s state routine for this season, which is earlier than last year. Many hours of practice and an unprecedented amount of workouts have only added to the team’s excitement for this year.

“We have a lot of experience from the girls that came in,” Jones said. “We’re trying to be better than last year.”