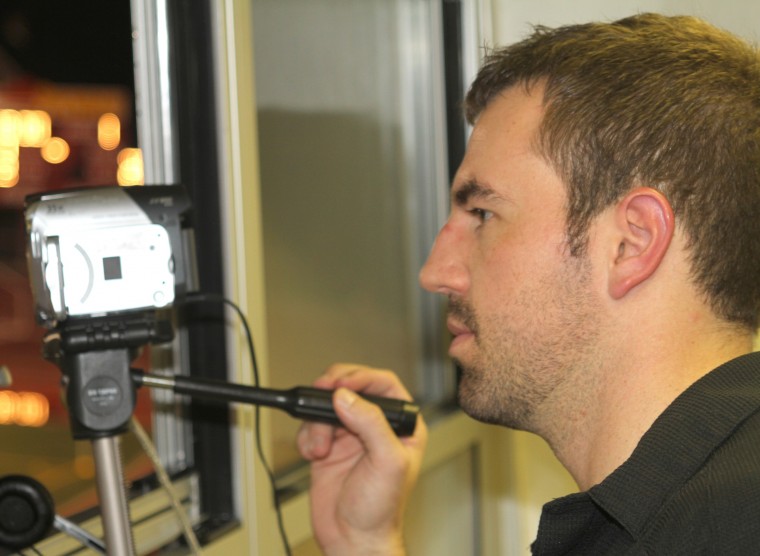 Starting this fall students, family and friends will be able to enjoy their favorite Simpson sporting events from the comfort of their homes.

Like many large universities, Simpson fans will now be able to watch Simpson games live via Simpson’s website.

Athletics Communication Director Bryan Geelan said that streaming footage online is one more way to keep up with the times and help out those far from campus.

“We know that they are a lot of parents that can’t be at every game,” Geelan said. “We’ve got kids that are coming from out of state, and their parents and family along with other fans would still like to follow along. We’re adding another avenue by which they can follow in real-time.”

The events will be broadcasted over the Internet by means of a free service called USTREAM. Once the service is completely up and running, it will include live feeds for a majority of Simpson’s athletic teams: Football, volleyball, men’s and women’s soccer, men’s and women’s basketball, wrestling, baseball and softball.

To access the live games, viewers will first need to go to the Simpson website. From there, one can click on the link for athletics and then proceed to choose a team. Each team will have a schedule, most including both live stats and when available, live video.

Geelan said streaming these games will be relatively low in cost considering most materials needed are either free or already available on campus, and the USTREAM service is free. The camcorder is already campus property that can be borrowed. The only costs will include the cables to connect the camcorder to the network and the human power that it takes to film and monitor the connection.

The workers needed to monitor the process for each game will be filled by any of the 10 students that work under Geelan for Sports Information.

Geelan has three digital content interns this year to work on editing the Simpson Athletics website and other digital publications for the college.

So far, only a few Simpson games have been streamed live over the Internet. The first football game this year had roughly 45 viewers online while the first volleyball game had just over 20 viewers online. Simpson College Athletic Director John Sirianni is excited about the development of this service.

“We still have a few bugs to work out, but it’s getting better and Bryan (Geelan) is doing a nice job,” Sirianni said.

According to Sirianni, the first football game ran into problems with the video feed not working and viewers not being able to hear the broadcast. He said these kinks have already been worked out though, and the streaming will continue to improve as the fall progresses.

Geelan said in the coming weeks there will be a bigger push to make the opportunity of live video feed more readily known. With this push, Geelan and his crew will begin to provide broadcasts for more teams and on more occasions.

The idea for live game broadcasts did not come from any one person according to Geelan. He contributes the start of this service to the collaboration and hard work of many different people including the athletic department as well as Chuck Johnson and Paul Crittenden in Information Services.

Sirianni said the live video feeds could be a good way to give the campus and all of its student-athletes good exposure. He said Geelan is doing a good job of getting Simpson’s athletics into as many types of media as he can. Head Men’s Soccer Coach Mike Wilson is also optimistic about the service as a recruiting tool.

“Maybe we can broaden out some of our recruiting base to at least be able to say, ‘Hey, go watch the game.’ Then hopefully it’s a good product that they get to see,” Wilson said.

One thing is for sure: Technology like this is quickly becoming a vital part of every college’s campus life. Luckily, Simpson has been successful in keeping up with the trends.